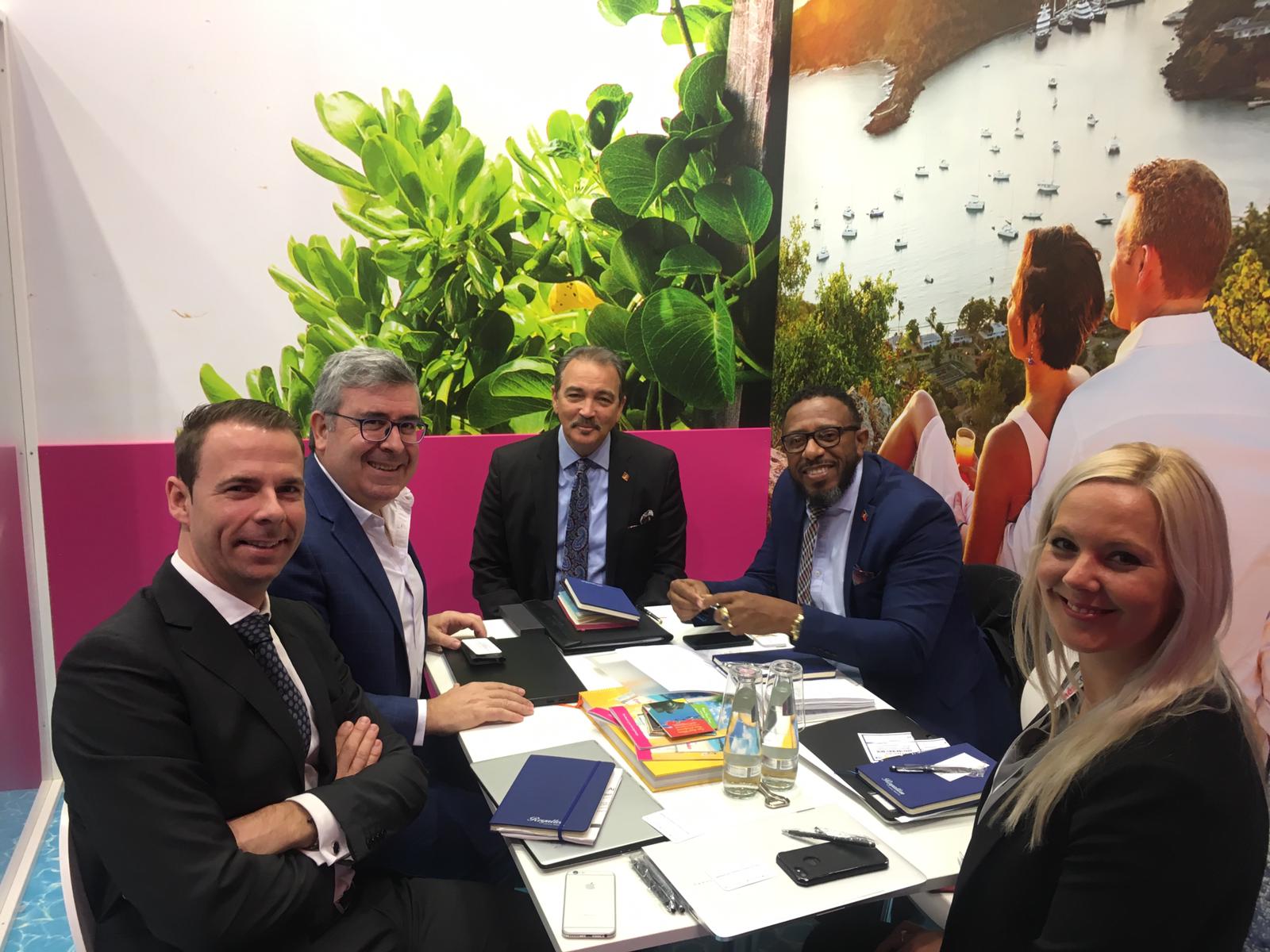 The trade show is considered the World’s leading travel trade show and the largest exhibition of its kind in Europe, with over 10,000 exhibitors from 185 countries and over 109,000 visitors. The event brings together trade from not only Germany but also Italy and emerging source markets in Eastern Europe to do business with destination’s worldwide.

Coming out of meetings, the Tourism Minister said, “The German speaking market remains an important source market for the destination being the third largest European source market after the UK and Italy. While the onset of Brexit is creating some uncertainty in the marketplace, the strategy of aggressively growing European business is at the forefront of the destination’s focus.”

Antigua and Barbuda recorded over 21,000 continental European arrivals at the end of 2018 reflecting a growth of 4% with potential for further growth.

“Antigua and Barbuda will continue to support the growth in the market, by working with Condor airlines and our tour operator partners within the region,” said Minister Fernandez.

The German travel trade were excited at the news of major television coverage in Germany for Antigua and Barbuda this year.

German film productions ‘Grenzenlos – Die Weltentdecken’ and ‘Traumschiff’ are expected to bring great awareness to the destination. The travel documentary Grenzelos will air on Saturday 7th April and will reach an audience of 1 million. Traumschiff, which is currently being filmed on island, is a highly popular, family-orientated, prime-time German TV-series produced for the second largest German Television Network. The show will be broadcasted in Germany, Austria and Switzerland.

Antigua and Barbuda Tourism officials also used the ITB exhibition to preview amongst a group of 30 influential bloggers the destination’s upcoming summer campaign ‘What Cool Looks Like’.

The Antigua and Barbuda team conducted a packed schedule of meetings with tour operators, cruise operators and airlines. European tourism partners also received updates, on the latest plans for hotel developments in the destination and the increased prospects for tourism in Antigua and Barbuda.