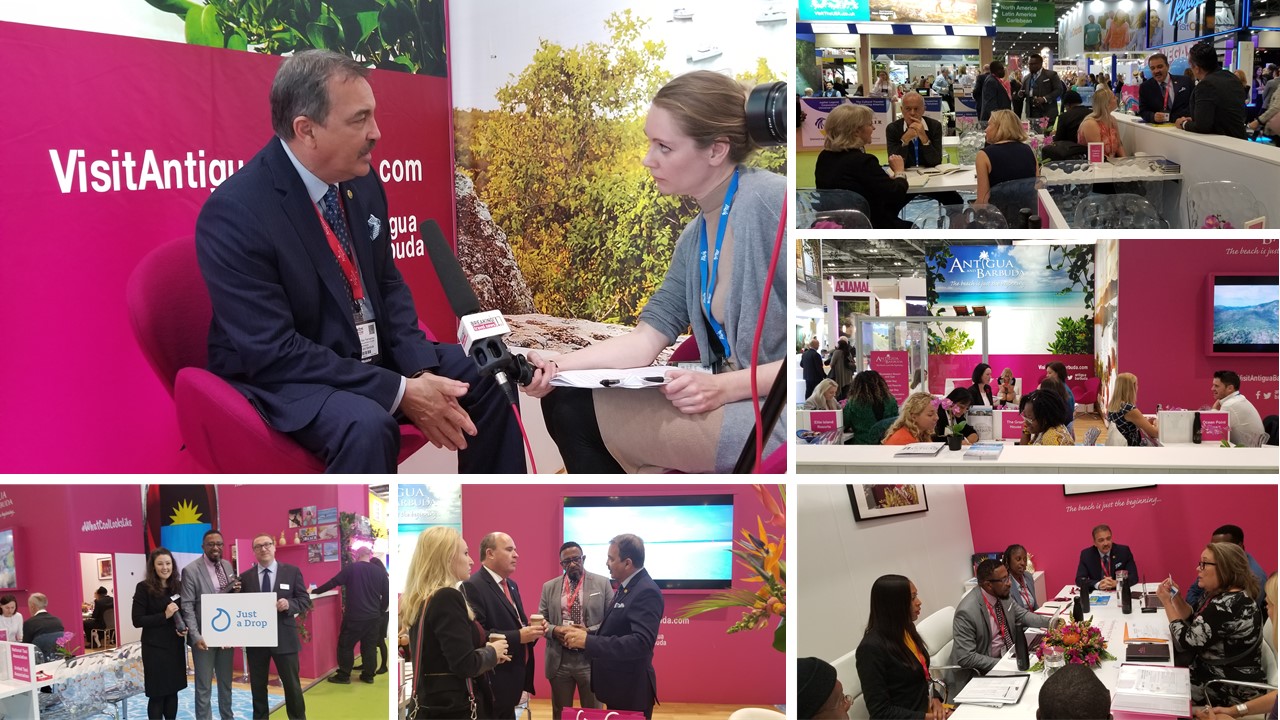 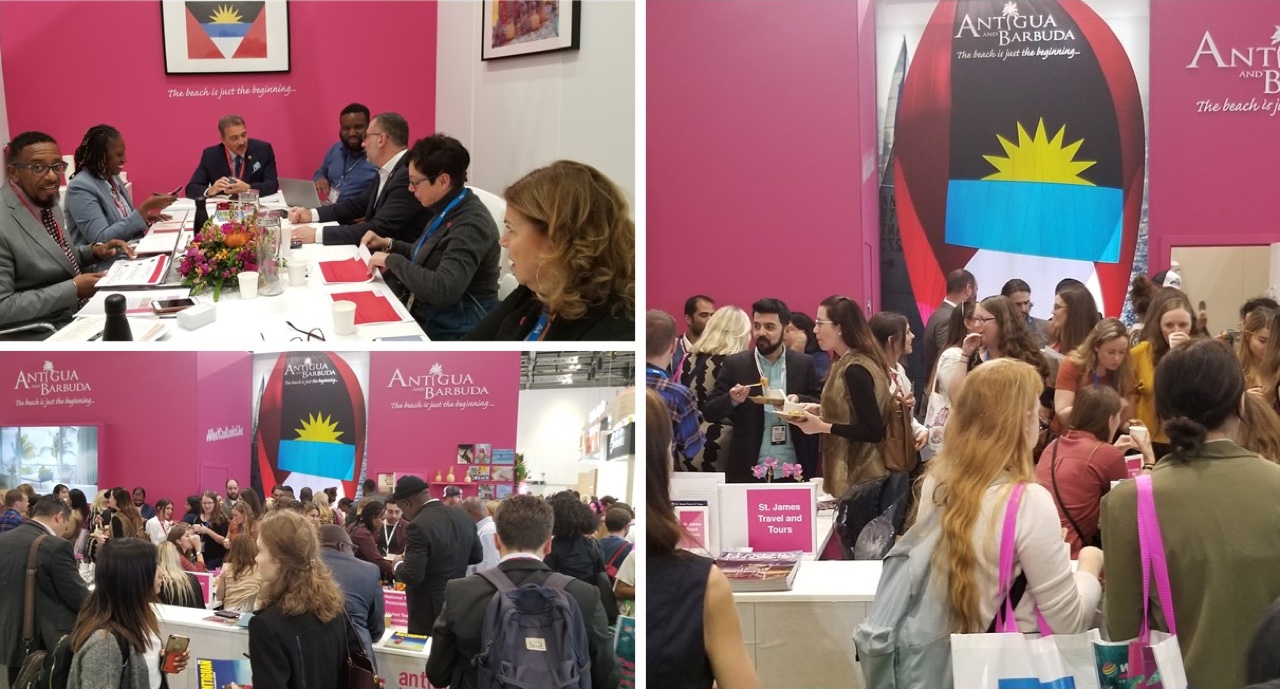 Commenting on day one of the event, Minister Fernandez said that, “It’s been a very positive start to the week with productive trade meetings and media interviews. The next few days bring more interviews, meetings and speaking panels and we are excited to see the impact the conference will bring to our islands.”

The visiting delegation alongside the Antigua and Barbuda Tourism Authority’s UK Director of Tourism Cherrie Osborne and her team, has so far met with Virgin Holidays, Travel Day, Best At Travel, Air Canada Vacations and Funway.  There were also media interviews with The History Channel, a history-based television network focused on uncovering the fascinating history and culture of destinations across the world and Breaking Travel News, a leading travel news site in the UK, amongst others.

The Antigua and Barbuda stand was buzzing with activity as meetings concluded with a networking social attended by over fifty of the UK’s leading social media influencers. The influencers enjoyed engaging with the stand’s vibrant flower wall, where they had to take photos for social media and Capture Their Cool, as a continuation of the recent #whatcoollookslike marketing campaign. This was for a chance to win a bag of coveted Antiguan goodies. The Antigua and Barbuda Tourism Authority has held highly successful global influencer conferences in Antigua in 2018 and 2019. Discussions are presently on-going for possible partnerships for 2020.

As part of their commitment to sustainability, the Tourism Authority also partnered with charitable organisation, Just a Drop, at WTM, who helps provide clean water and sanitation and lesser developed countries. The Tourism Authority sponsored one of Just a Drop’s water coolers on their stand at WTM in a bid to encourage WTM’s visitors to refill their bottles and prevent the use of single use plastics at the show.