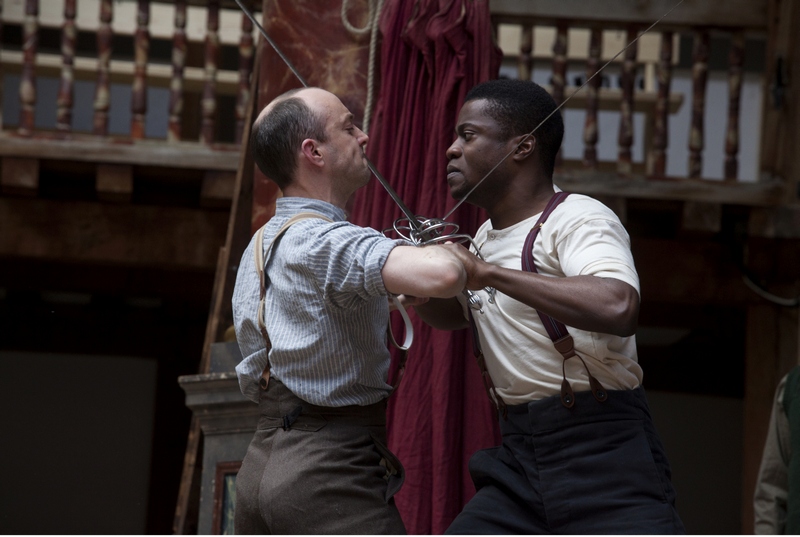 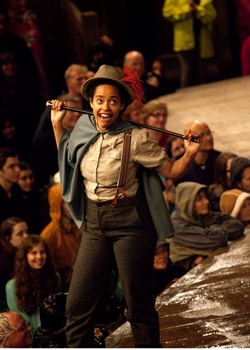 On 23 April, 2014 – the 450th anniversary of Shakespeare’s birth – Shakespeare’s Globe embarked on a two-year global tour of Hamlet that aims to take in every country in the world. The ‘Globe to Globe Hamlet’, directed by the theatre’s Artistic Director Dominic Dromgoole, is a completely unprecedented theatrical adventure.

Antigua & Barbuda will be a stop in the grand tour, with the company arriving here to do a performance on Tuesday, September 2 at 8 pm on the historic grounds of the Copper & Lumber Store in Nelson’s Dockyard.

The company will travel to all 205 nations in the world to stage Hamlet in a huge range of unique and atmospheric venues, from village squares to national theatres, from palaces to beaches. They will travel by boat, sleeper train, jeep, tall ship, bus and aeroplane across the seven continents.

The Globe to Globe Hamlet will reinforce the Globe’s continuing commitment to internationalising Shakespeare following the runaway success of the 2012 ‘Globe to Globe’ festival. During the festival 110,000 people – 80% of whom were first-time visitors to the Globe – flocked to watch 37 works of Shakespeare performed in 37 different languages over just six weeks. This new tour will bring one of Shakespeare’s best-known plays to some of the most inaccessible places in the world.

Local Co-ordinator for the event Karen Walwyn said, “When The Globe Theatre in London hosted the rest of the world performing Shakespeare’s work in over 30 different languages, the world applauded. Now the favour is being returned with Globe to Globe Hamlet. We are really excited that Antigua was selected as one of the desired spots in the world to visit and perform.

“Antigua has had a rich and healthy history in theatre, and The Globe’s visit will only enhance and regenerate our interest in theatre arts and performance. This will be a celebration!”

The small-scale production, which toured the UK, Europe and the United States in 2011 and 2012, is a fresh version of Shakespeare’s classic tragedy of deferred revenge that emphasizes the play’s gallows humour and celebrates the exuberance and invention of its language. A new cast of just eight actors will perform over two dozen parts on a stripped-down booth stage in a brisk two hours and forty minutes.

The New York Times applauded “a production that prizes efficiency, clarity, accessibility and above all energy”, the Mexican newspaper La Jornada called it “bright, light and nimble” and in Austria Die Presse described it as “boisterous, funny, fast-paced and highly musical”, while the Daily Telegraph praised its “young, unjaded and open-hearted” portrayal of the Danish prince.

The tour will finish on 23 April 2016, the 400th anniversary of Shakespeare’s death. This will also be the date of Dominic’s departure from the Globe, after a decade as Artistic Director.

Tickets for the Globe’s Hamlet in Antigua, which will be available beginning on August 19 at ticket venues to be announced, will be EC$135 for adults, $75 for students.

Sponsors for the event include LIAT, Antigua & Barbuda Ministry of Tourism, Antigua Yacht Club Marina Resort, Antiguanice.com, Eureka Limited and The Larder. Lava International will be providing the staging and equipment support, and HAMA Productions will assist in the production.